Juta’s Insurance Law Bulletin is a quarterly periodical that covers all aspects of insurance law. The bulletin provides concise summaries and updates of what occurred in the previous quarter in the field of insurance law. 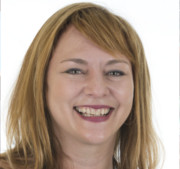 Daleen started her academic career with Vista University, Mamelodi and was then appointed as senior lecturer in the Department of Mercantile Law, University of Pretoria. She is currently employed as a professor of law in the Department of Private Law,  University of Johannesburg and she specialises in Law of Delict, Law of Damages and Insurance Law. She lectures Law of Delict to LLB students and Interpretation of Contracts to LLM students. She had practised as an advocate and had been a full member of the Pretoria Society of Advocates and when time permits, she drafts legal opinions.

She is the author of the student text Modern Insurance Law in South Africa (Juta, Cape Town) and the co-author of The FAIS Act Explained (LexisNexis Butterworths, Durban) with Wendy Hattingh. She is also the co-author of the South African Chapter on Insurance Law in the International Encyclopaedia of laws with Birgit Kuschke. She was recently awarded the prize for the best contribution in the Journal for Contemporary Roman-Dutch Law for 2014 for her aticle entitled: “Through the looking glass: Fairness in insurance contracts – A caucus race?” by the Vereniging Hugo de Groot.

Daleen’s industry engagement is evident from her membership of the editorial board of the Insurance Institute of South Africa. She is the editor of Juta’s Insurance Law Bulletin (a quarterly publication) and she writes the contribution on insurance law in Juta’s Quarterly Review. She is the convenor of the annual Forum for Medicine and the Law.

THE USE OF CITIZENSHIP AND NATIONALITY AS INSTRUMENTS OF CONTROL
GM FERREIRA* MP FERREIRA-SNYMAN**
Abstract
During the past few years the international spotlight has fallen sharply on the curtailment, withdrawal and total denial of citizenship and nationality by states. The renewed interest shown in these issues is, amongst others, a result of China’s policy to curb its population growth and prevent the movement of its population from rural to urban areas, as well as the United Kingdom’s efforts to protect its population against the scourges of international terrorism based on religious grounds. To these examples the refusal of Burma (Myanmar) to recognise certain minority religious groups as citizens of the state, may be added. In all these instances the states in question acted in a way that brought them into conflict with international human rights law. It is the aim of this contribution to, on the one hand, establish to what extent states (in this instance particularly China, the United Kingdom and Burma) use the curtailment, withdrawal or denial of citizenship and nationality as instruments to exercise control over their populations in order to obtain certain objectives, and, on the other hand, to establish what the influence of these actions would be on the phenomenon of statelessness. It is concluded that an unjustifiable limitation of the rights of citizens, or in the worst of cases a total denial, is not compatible with international human rights law and must be seen as a serious setback for the establishment of an international human rights culture. In order to create legal certainty on both the national and international levels, it is submitted that the vague concepts of citizenship and statelessness should be redefined and that a core minimum of rights, implied by citizenship and nationality, should be determined internationally.
Key words: Citizenship, nationality, state authority, population control, China, United Kingdom, Burma

THE HUMAN SECURITY DIMENSIONS OF EBOLA AND THE ROLE OF THE UN SECURITY COUNCIL IN FIGHTING HEALTH PANDEMICS: SOME REFLECTIONS ON RESOLUTION 2177/2014 I
R PAVONE*
Abstract
During 2014–2015 an outbreak of the Ebola Virus Disease (EVD) ravaged the West Africa region, which led to the World Health Organisation (‘WHO’) formally declaring the outbreak a ‘Public Health Emergency of International Concern’. The United Nations Security Council (UNSC), in turn, adopted resolution 2177, which for the first time in history, considered a health epidemic ‘a threat to international peace and security’ under Chapter VII of the UN Charter. In particular, the UNSC maintained that the situation would be susceptible to provoking ‘further instances of civil unrest, social tensions and deterioration of the political and security climate’ in West Africa. While it is too early to establish the concrete impact of resolution 2177 on the future UNSC practice with regard to infectious diseases, this resolution is evidence that health issues have become increasingly ‘securitised’ within the UN system. It may also suggest that the UNSC is continuing to expand the notion of a threat to international peace and security under international law ‘to align more closely with a human security framework’. This contribution engages with both the positive and negative aspects to the UNSC’s classification of Ebola as a threat to peace and security. In particular, the implications of the framing of health pandemics as international security issues in terms of human rights protection through the risk of overriding the civil and political rights of those affected by an infectious disease, is discussed. This raises the question whether EVD is a matter beyond the powers of the UNSC or more properly a matter for other organs of the UN system. The validity of this theory is analysed in depth, whereafter I offer reasons why the process of securitisation of climate change failed and was highly criticised – in the main by developing countries – while Ebola did not elicit a similar response.
Key words: Ebola, West Africa, UN Security Council, resolution 2177, health epidemics, health pandemics

TACKLING THE BOKO HARAM INSURGENCY: CAUSES, CHALLENGES AND RESPONSES
MICHAEL ADDANEY*
Abstract
Over the past five years, a wide ambit of narratives has been proffered on the Boko Haram insurgence in northern Nigeria, particularly its causes and possible solutions. Most of these narratives conflict and thus compete with one another. This is effectively making it difficult for the government of Nigeria and the international community to devise a clearcut approach to deal with the crisis. It has also played an immense role in worsening the relationship between the predominantly Muslim North and the mainly Christian South. This paper critically tests a number of existing narratives that seek both to explain the origins of Boko Haram and propose solutions. It does this through a meta-analysis and critical content analysis of literature as well as information from both local and international media sources. It is organised under two commanding schools of thought: (i) the human development theory and (ii) the Islamic- state theory. Without doubt, the Boko Haram phenomenon is extremely complex. Yet these two theoretical explanations of the insurgence have a significant influence on public thinking about the crisis. While the Islamicstate theory seems to be mainly advanced by the locals who are mostly civilians (Nigerians), the West tends to think that human development issues of poverty are more important. It was found that there was no specific authoritative way of thinking about the crisis in terms of its causes. The study is designed to play an instrumental role in finding a sustainable solution for the crisis in a modest way. In terms of solutions, however, a military intervention through force is suitable should dialogue fail by March 2015.
Key Words: Boko Haram, insurgency, security, conflict, Jihad, Nigeria

ASSESSING THE LEGALITY OF CAMEROON’S RESPONSES TO BOKO HARAM ATTACKS ON CAMEROONIAN TERRITORY
AVITUS AGBOR*
Abstract
States, as the principal actors of international law, owe duties to both other states and their peoples. Among these duties are the protection of its national territory, its peoples, and their national interests. These duties are sacrosanct and constitute the primary responsibility of any responsible government. In cases of armed attack launched against a sovereign state, international law clearly grants the state under attack the right to defend itself. The use of force in the exercise of the right of self-defence is governed by article 51 of the United Nations (UN) Charter, the substantive content of which has triggered considerable debate. I argue that the recent armed attacks launched by the Nigerianbased terrorist network, Boko Haram, on Cameroonian soil qualify as both aggression and mass atrocities. This compels the state to fulfil its primary mandate to protect its people. In consequence, Cameroon’s responses have been varied including the adoption of counter-terrorism legislation; diplomatic engagements with neighbouring states such as Chad, Benin and Niger and the resulting establishment of a Regional Multinational Joint Task Force; and a military counter-offensive against Boko Haram to contain and repel the Nigerian-based terrorist group. Given the diversity of these responses, one may ask whether they are justified in international law? This paper seeks to answer this question by assessing the legality of each of Cameroon’s responses in the light of international law and counter-terrorism measures.
Key Words: Boko Haram, Cameroon, security, conflict, Nigeria

RESPONDING TO BOKO HARAM: WHY THE AFRICAN UNION MUST LEAD THE FIGHT AGAINST THE INSURGENCY
SWIKANI NCUBE*
Abstract
This contribution argues that the decision to authorise the establishment of the Multinational Joint Task force (MNJTF) could not have come at a better time. Furthermore, it argues that the mandate of the MNJTF is comprehensive enough to bring stability to the Lake Chad region and is evidence of the African Union’s (AU) commitment to fighting terrorism and extremism on the continent. The first part of the paper gives a contextual background to the ‘Boko Haram’ insurgency while the second part outlines the Nigerian government and the international community’s response to the insurgency. The third section discusses the mandate of the MNJTF and further outlines reasons why the establishment of the Force is a timely intervention by the AU. This is followed by concluding remarks. The paper does not attempt to define terrorism as there are numerous definitions of the phenomenon; however, it proceeds from the premise that the activities of Boko Haram constitute terrorism.
Key Words: African Union, Boko Haram, security, conflict, Nigeria