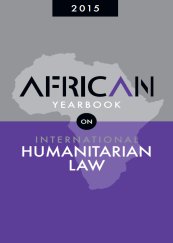 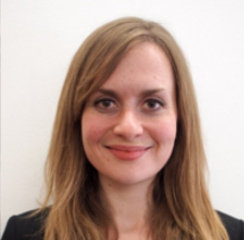 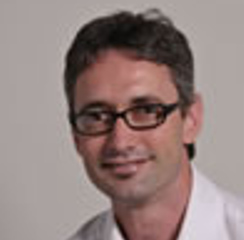 Gerhard Kemp is professor of criminal law and international criminal law at Stellenbosch University (South Africa), and advocate of the High Court of South Africa. He studied law at the universities of Stellenbosch, and Antwerp (Belgium). Gerhard’s research outputs (which include books, chapters in books and articles in scientific journals) focus on international criminal law, criminal law, criminal procedure, and humanitarian law. He is an assistant editor of the African Yearbook on International Humanitarian Law, and serves on the board of directors and executive committee of the Institute for Justice and Reconciliation. He is a member of the South African Academy of Science and Art, and a resident senior research fellow at the Robert Bosch Stiftung in Berlin, Germany during 2016/2017. 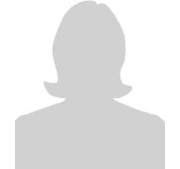 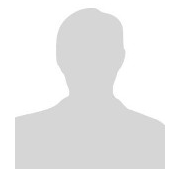 Contemporary Conflicts and Protection Gaps in International Humanitarian Law: The Necessity and Practical Utility of Fundamental Standards of Humanity
Brian Sang YK*
Abstract
International humanitarian law (IHL), applicable to armed conflict, is coming up against the inevitable challenges of the times because the nature of and participants in contemporary conflicts differ considerably from that in the conflicts of yesteryear. IHL traditionally sought to regulate the conduct of, and damage caused by, armed conflict between rather than within states. Contemporary conflicts are far more likely to be internal rather than international and thus entail the presence, to a large extent, of non-state actors, whether as combatants or victims. The recent history of conflicts reveals that internal armed conflicts and other situations of internal violence of lesser intensity, namely internal disturbances and tensions, are the most common forms of violence today. This high incidence of such conflicts poses major problems for legal regulation and protection of individuals from abuses related to the associated violence. The apparent inadequacy of international law in effectively protecting individuals caught up in grey-zone conflicts generally and the right to life in particular makes clear the necessity to fill the protection gaps. This article asks whether common elements in human rights law and IHL can be identified and articulated as fundamental standards of humanity that ought to apply along the entire spectrum of violence (from internal tensions to fully-fledged civil war), regardless of the formal classification of such situations. Its thesis is that fundamental standards of humanity can offer a means to ensure that grey-zone conflicts are subject to regulatory norms of international law pursuant to which individuals caught up in the violence can be better protected.
Key words: armed conflicts, classification, international humanitarian law, international human rights law

The Unforeseen Humanitarian Law Implications of the NATO Intervention in Libya
Kesolofetse Lefenya* and Ilyayambwa Mwanawina**
Abstract
Gaddhafi’s forty-two-year rule in Libya ended after uprisings against his government led to a civil war and eventually intervention by the international community. On 31 March 2011, the North Atlantic Treaty Organization (NATO) reported to the international community that it had overall command of international military operations over Libya and that the aim of NATO actions was to protect civilians and civilian- populated areas from attack or the threat of attack. This article seeks to highlight the miscarriages of International Humanitarian Law (IHL), in particular the Third Geneva Convention Relative to the Treatment of Prisoners of War. The article will canvass the capture and murder of Gaddhafi, in that way highlighting the breaches of another body of law, namely International Human Rights Law. It is assumed that, because of the involvement of international parties, the nature of the conflict which started as a civil war turned into a conflict with enough international elements to bring it under the purview of the Geneva Conventions. The common underlying purpose of international humanitarian law and international human rights law is the protection of the life, health and dignity of human beings, regardless of circumstances. It is therefore not surprising that the content of some of the rules is similar. Both bodies of law aim, for example, to protect human life, prohibit torture or cruel treatment, process, include provisions for the protection of women and children and regulate aspects of the right to food and health. On that note, the two bodies of law must ensure to uphold and protect their core objectives and principles, thereby preventing similar atrocity cases like the Gaddhafi matter in future.
Key words: Libya conflict, Gaddhafi, international human rights law, international humanitarian law

Taking Stock of Civilian Status in a Quasi Post-Guantanamo Bay World
Shannon Bosch*
Abstract
The term ‘unlawful enemy combatant’ was initially coined in a 1942 US Supreme Court decision, as shorthand referring to persons captured while participating in armed conflict without the required authorisation. The notion that a combatant (who by definition is someone authorised to participate directly in hostilities) can be simultaneously unlawful raises complex legal questions. Not surprisingly, the category ‘unlawful enemy combatant’ does not appear in any of the international humanitarian law (IHL) treaties. It is therefore alarming that, since its reincarnation under the Bush administration, it has crept into legal literature, military manuals and case law but has yet to be defined by international agreement. Over the last century and a half, armed conflicts have played out in predominantly civilian locations, giving rise to greater intermingling of civilians with combatants. While previously unauthorised participation in conflict was seen as exceptional, in recent years it has become far more prevalent, to the extent that this increased civilian participation in armed conflicts is appreciably one of the greatest challenges faced by the armed forces. The IHL principle of distinction between lawful combatants and civilians was, and still is, intended to assist commanding officers in making legally defensible targeting decisions. However, the reality is that these supposedly clear-cut categories cannot provide clear-cut answers in modern international armed conflicts that are regulated by conventions which never envisaged the degree of civilian involvement in modern armed conflict. This legal confusion has given rise to misguided ideas – that civilian status can be forfeited or lost, and has fuelled the use of terms such as ‘unlawful enemy combatant’, an issue that is critically explored in this contribution.
Key words: unlawful enemy combatant, international humanitarian law instruments, legal clarity

The Prosecution in South Africa of International Offences Committed Abroad: The Need to Harmonise Jurisdictional Requirements and Clarify Some Issues
Jamil Ddamulira Mujuzi*
Abstract
There are two broad exceptions to the general rule that South African courts do not have jurisdiction over offences committed outside South Africa. The first set of exceptions developed by South African courts deals with offences of treason and theft. The second set of exceptions was created by the legislature and includes national and international offences. The prosecution of international offences is based on the principle of universal jurisdiction. This article examines the relevant statutory provisions relating to the offences of torture, terrorism, grave breaches of the Geneva Conventions, war crimes, crimes against humanity and genocide. It will recommend that there is a need for the relevant legislation to be amended to eliminate the ambiguities that relate to the following issues: the place where the suspect has been arrested or found; courts with jurisdiction over the offence and the individual responsible for authorising the prosecution of the offence and designation of the court; the expiry of the right to prosecute; and the prosecution of acts or omissions which took place before the commencement of the Acts.
Key Words: criminal jurisdiction, Geneva Conventions, international crimes, offences committed abroad, Rome Statute, South African courts, universal jurisdiction

Universal Jurisdiction under Fire in South Africa*
CHRISTOPHER BURKE** 1
Abstract
On 16 June 2015 Omar al-Bashir (Bashir), president of Sudan, safely left South Africa amid public outcries and despite a High Court warrant for his arrest. Rumours are rife that government was secretly facilitating his escape while assuring the court of his presence in South Africa. Intense debate has ensued about government’s apparent slighting of the courts and the Constitution. Building on this debate, this article aims to provide some perspective by focusing more on the international criminal law aspects involved and specifically on a contentious principle known as universal jurisdiction. Initiated by the Bashir incident, this article aims to consider the South African Government’s handling of the Bashir incident by providing a broader philosophical understanding of universal jurisdiction, its development and current application in international law. This incident emphasized the schizophrenic behaviour of South Africa’s leaders who say one thing and do something else and try their hardest to sidestep their own laws. That they chose the grandest possible stage to do this on is both unfortunate and embarrassing. The article argues that other future situations will not be so clear cut (ie, with Security Council sanction and backing) and before there is widespread public panic over government’s blatant disregard of the courts and the Constitution the intricacies of international law and politics should be kept in mind. The lack of precedent for universal jurisdiction as well as the cautious way other states deal with it should convince us that it is a complex concept guaranteed to cause a clash between courts and government. Universal jurisdiction based, as it currently is, on the fleeting presence of an offender in South Africa creates more problems than it solves and should perhaps be amended to require a stronger link (such as a measure of permanent residence) in line with the majority approach followed by states internationally.
Key Words: international criminal law, South Africa, International criminal Court arrest warrant, universal jurisdiction

* This article is based partly on the author’s unpublished LLM thesis at Stellenbosch University. Opinions expressed herein are the author’s own and not necessarily those of the National Prosecuting Authority of South Africa.
** LLB (Potch), LLM (Stellenbosch); State Advocate, Director of Public Prosecutions, Cape Town; CBurke@npa.gov.za.